Some New Heraldry for My Office Wall


I'd been paying attention to an on-line discussion with an artist who was asking for some advice about a coat of arms which he was interested in carving.  I was paying especial attention to it because the coat of arms in question was one which may have been borne by an ancestor of mine, my 10th-great-grandfather, John Winslow.  Here's the table tomb of John and Mary (Chilton) Winslow in King's Chapel Burying Ground in Boston, Massachusetts, ... 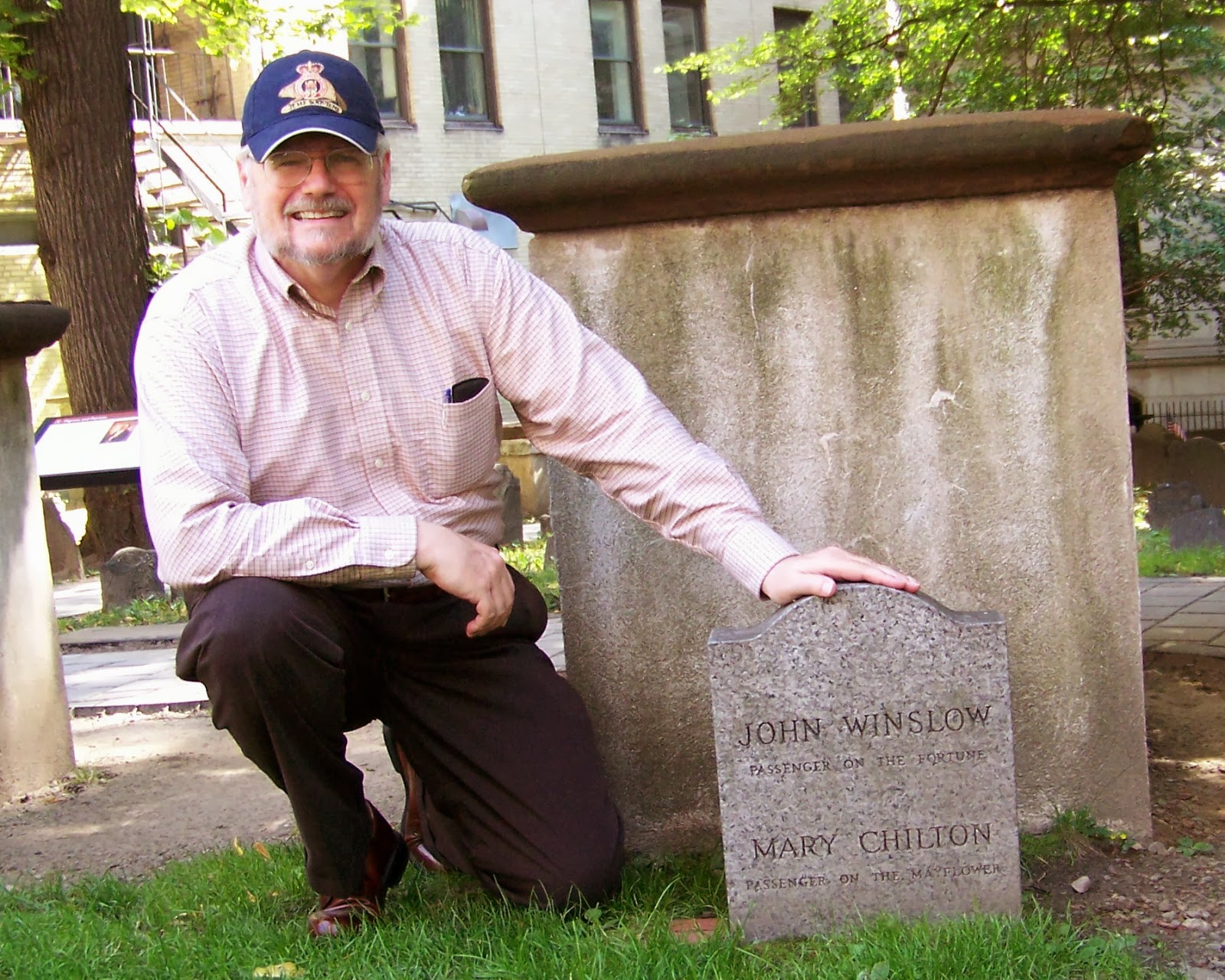 ... and on the side of that table tomb (around the corner to my left), is a depiction of the arms of this family. 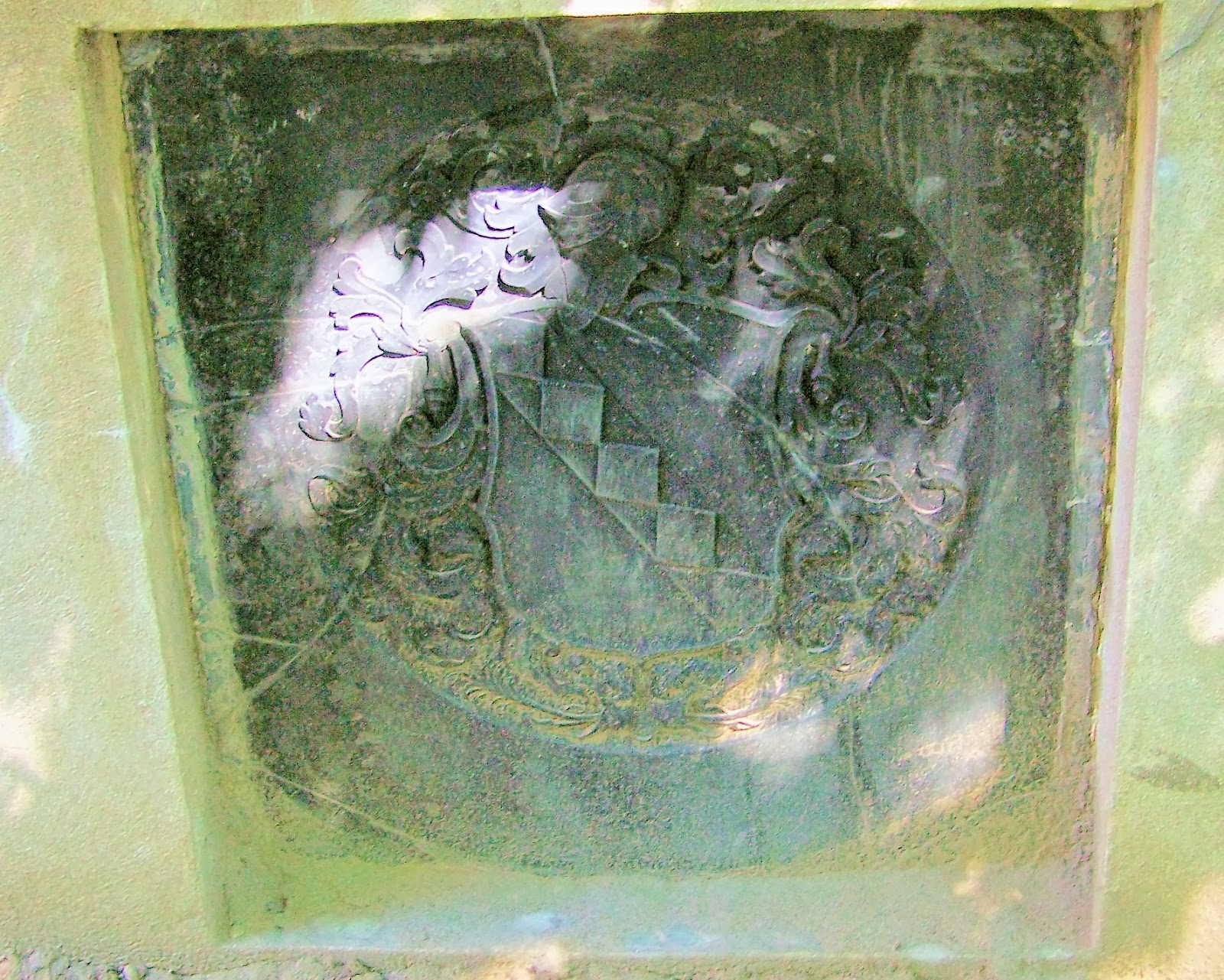 The artist of this new carved plaque, Joe Winslow, is a very distant cousin, a descendant of John's more famous brother, Edward Winslow, a Mayflower passenger and governor of Plymouth Colony in the 1600s.

I don't know whether or not John actually used these arms in any manner, but I know that Edward did, as a seal when he was Governor.  And what Edward used, John would have had a right to also use (ideally, in a slightly differenced form, but I have seen many instances in English heraldry where different branches of a family used identical arms, both then and now).

So I was thrilled when Mr. Winslow announced that he had finished the carving and had made a limited number of casts of it, mounted on a wooden plaque, which he was going to sell on eBay.  Because you just know that I was going to have to buy one for my office wall, especially since it was of both heraldic and genealogical interest to me. 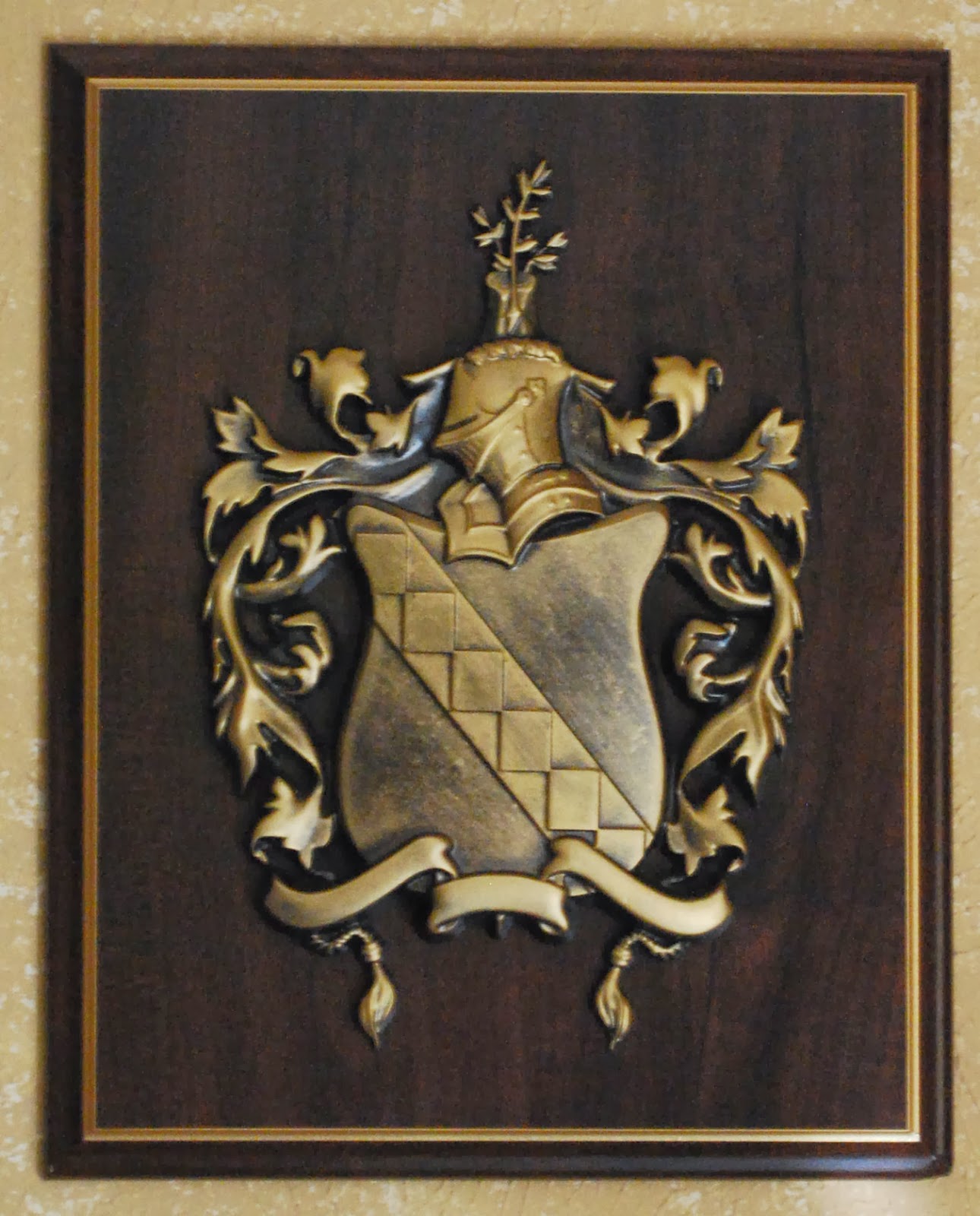 I'm happy to say that I did go out to eBay, bought one, and it has arrived and has been carefully hung on the wall over my heraldic bookshelves in my office.  (Yes, I had to take something else down to make space for it.  Unfortunately, I only have so many walls, and I've got a lot of items of heraldic interest, so sometimes decisions have to be made.  I am sure that none of you have this problem, right?) 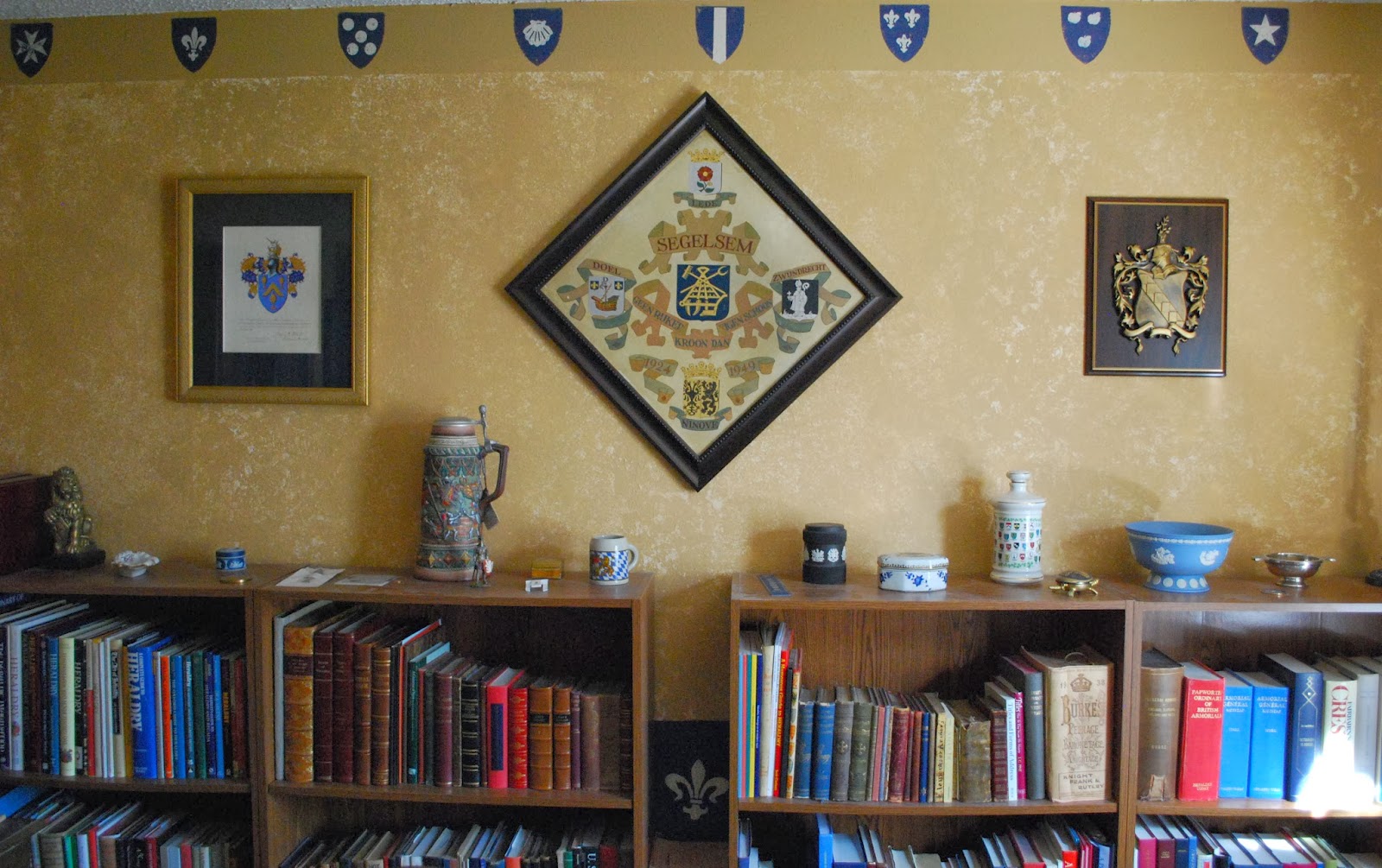 Anyway, it's here, it's on the wall to the right (sinister) of the large Swedish tile in the center, where I can look at it, and I'm happy to have it!

If you are interested in seeing some more of the details of it, Mr. Winslow has a description and more photos on eBay at http://www.ebay.com/itm/Winslow-Family-Coat-of-Arms-dimensional-/301053635282?pt=LH_DefaultDomain_0&hash=item461831ead2