Heraldry at London's "Cathedral of Sewage"


A friend recently sent me a link to an article entitled "London's Cathedral of Sewage" about the Abbey Mills pumping station, which was built in the mid-1860s as part of sewage treatment system.  Designed by architect Charles Driver and engineers Joseph Bazalgette and Edmund Cooper, the building has a cruciform layout with intricate Byzantine architecture, making the place look like some kind of a monastery, hence the nickname, "Cathedral of Sewage."

The article has a number of photographs of the exterior and interior of the no-longer-used pumping station, including this great piece of armorial ironwork (click on the picture to see a larger version): 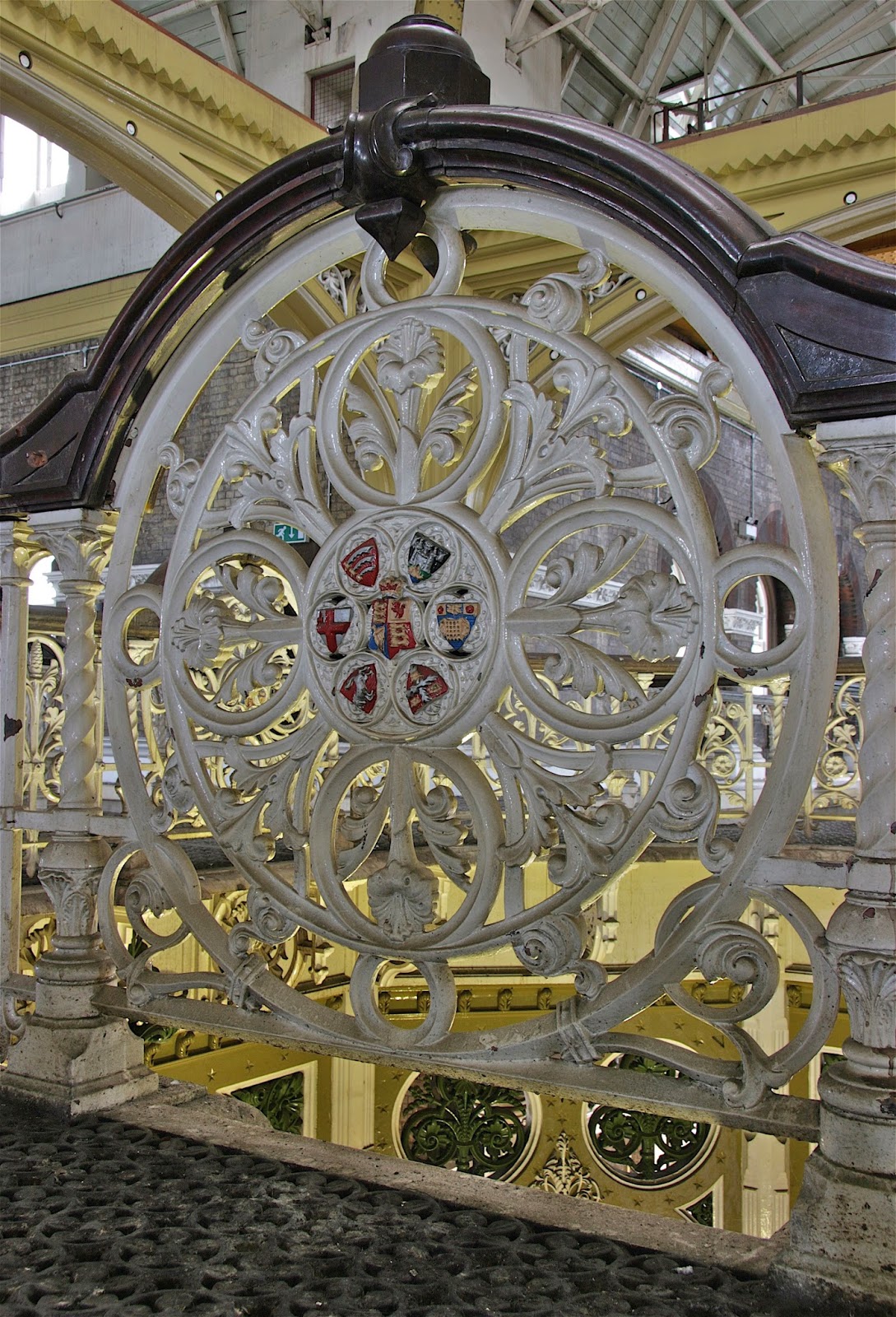 The arms shown here are:

Center:  The Royal Arms of Great Britain and Northern Ireland

And clockwise, beginning at the one o'clock position:

The full article and all of the accompanying photographs (including the one above) can be found on-line at: http://whenonearth.net/londons-cathedral-sewage/

Once again, it's true; you can find heraldry everywhere.  Even in the pumping station of a sewage treatment system.