The township of South Frontenac in Canada is going to be receiving a new coat of arms soon.  An article in the Frontenac News of May 3, 2012, discusses a bit of the history of the township’s decision to seek a coat of arms, as well as the symbolism of the elements it will contain, as shown here in what is a rough first draft sketch of the arms 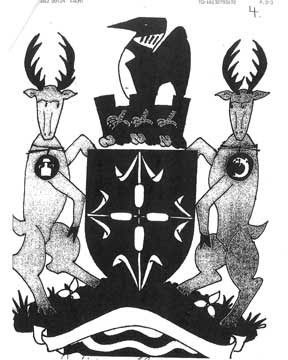 The griffin’s claws on the mural coronet come from the arms of the Comte de Frontenac, Governor of New France from 1672-1682 and 1689-1698, for whom the township is named.  (I had the opportunity to see the Comte’s arms, here, while in Quebec attending the 2008 International Congress of Genealogical and Heraldic Sciences.) 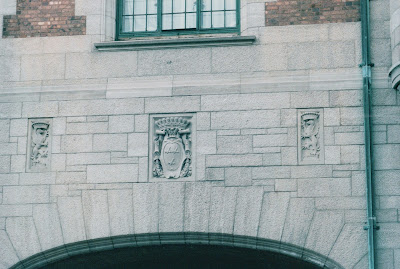 The full article, with more details about the arms and the meanings of its symbols, can be found on-line at: http://www.frontenacnews.ca/2012/12-17_may_3/sf_heraldry.html