Some of the renditions of coats of arms seen about the city of Florence are older than others. This one, inset into a wall and rather weathered, is one of those. 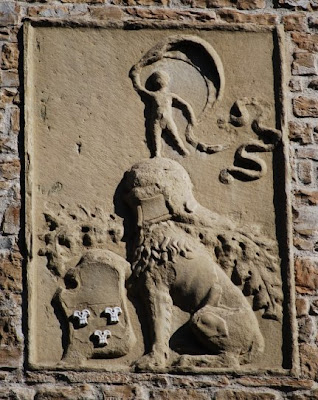 But what a great achievement of arms to have seen, and one of the few I ran across with both a crest and a supporter.
Posted by David B. Appleton at 6:00 AM