In our final look at some of the interiors of buildings in Florence with the Medici arms they contain, today we come to the Basilica of Santa Croce and a couple of the rarer Medici arms.

In this first image, we have a memorial laid into the floor of the Basilica which are to two different members of the Medici family, Johannes (1441) and Alexander (1546). 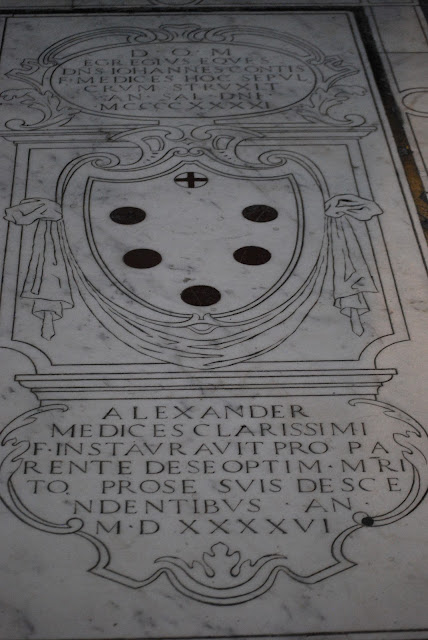 You may have already noticed something different about the coat of arms carved into this slab; it does not have the usual Medici augmentation granted by Louis XI of France, where the red roundel in chief has been replaced by a blue one with three gold fleurs-de-lys. 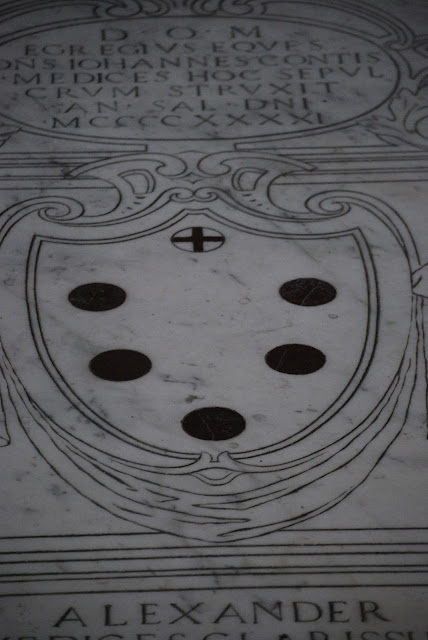 Here (and on the next coat of arms), the roundel in chief has been replaced by one with a cross on it. With no tinctures indicated, I cannot be certain, but it may very well be the arms of the Knights of the Hospital of St. John of Jerusalem (the Hospitalers), Argent a cross gules.
(I am, though, fairly confident that it isn't the arms of Savoy, Gules a cross argent.)
Here's the other example of the Medici arms with this change to the augmentation. 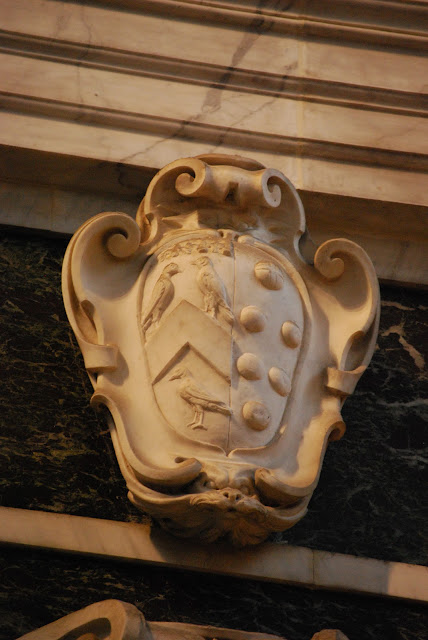 In this marshalled (marital) coat of arms, the usual augmentation in the wife's Medici arms have been replaced with a cross. (You may click on the image above to see a larger image where this detail is easier to see.)
The organ in Santa Croce has the more usual version of the Medici arms, although in this instance someone neglected to paint in the golden fleurs-de-lys on the blue roundel. 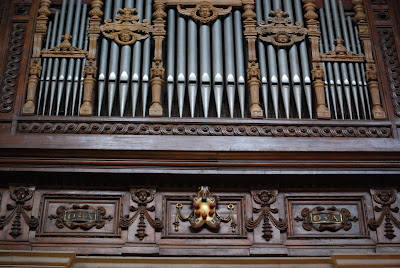 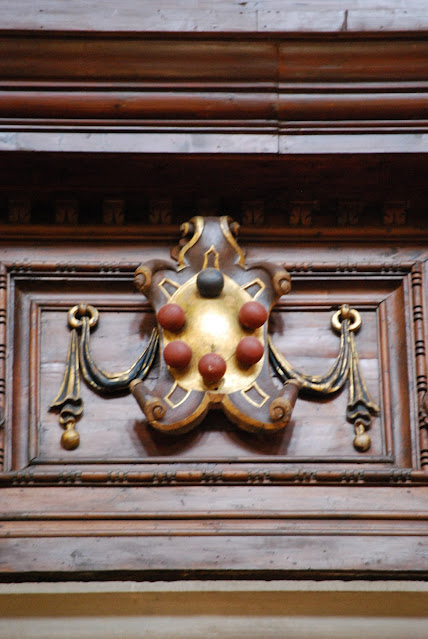 I love how three-dimensional this last example is! It's almost like you could shoot a cue ball into the shield and see the other balls scatter.
Posted by David B. Appleton at 2:00 AM