One of the fun things about visiting a good-sized foreign city, especially one with a lot of its own history, is that it not only gets visited by a lot of tourists from all over, but many nations will establish a consulate to assist their citizens. And these consulates will be marked by the coat of arms of the country whose consulate it is, leaving heraldry enthusiasts (such as myself) with the opportunity to see an even broader range of coats of arms than might otherwise be expected.
I am not claiming that the following selection is comprehensive; we didn't walk down every street in Florence, but it's certainly a fair selection of the foreign arms to be seen there.
As well, I have to admit that some of them totally surprised me by their being there.
For example, the arms of the Republic of Tunisia: 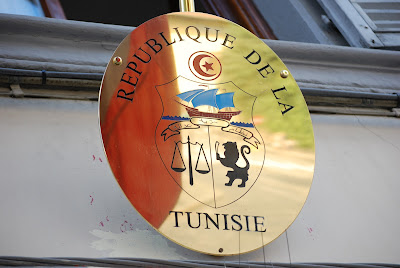 And from even further away, the arms of the Republic of Estonia: 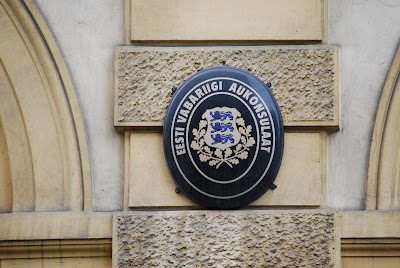 Some, on the other hand, were entirely expected. A lot of tourists to Florence come from the United Kingdom, whose consulate is in a prime location on the banks of the River Arno. 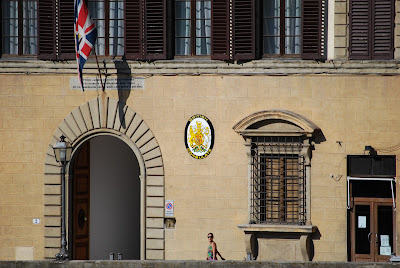 Belgium, too, has a presence there: 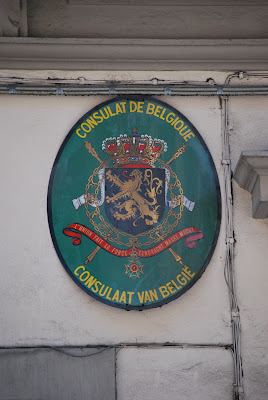 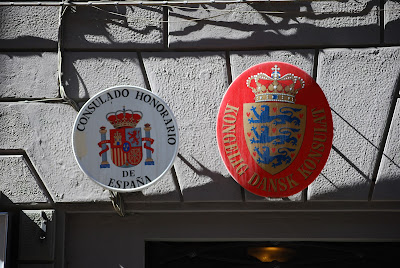 I have to admit, it was a bit "eye-opening" to see all these "foreign" arms decorating the streets of Florence, from countries ranging from the Baltic Sea to North Africa.
So the next time you visit a good-sized city somewhere, be sure to keep your eyes peeled for such international gems of heraldry. You never know what you might find!
Posted by David B. Appleton at 2:00 AM