Memorializing Three Generations of a Family


In my last-post-but-one, we saw the arms of Joseph de Hemptinne on one of the pillars in St. Bavo's Cathedral in Ghent, Belgium. 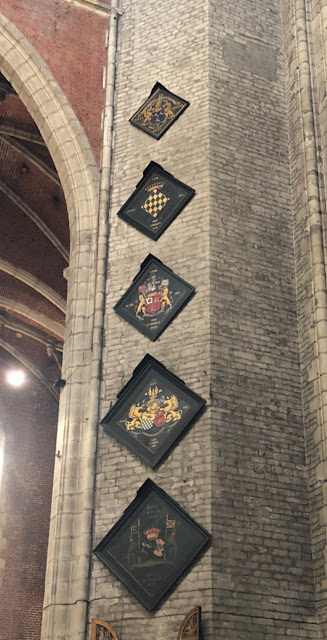 It's the center board of the five here.
Close-up, it looks like this: 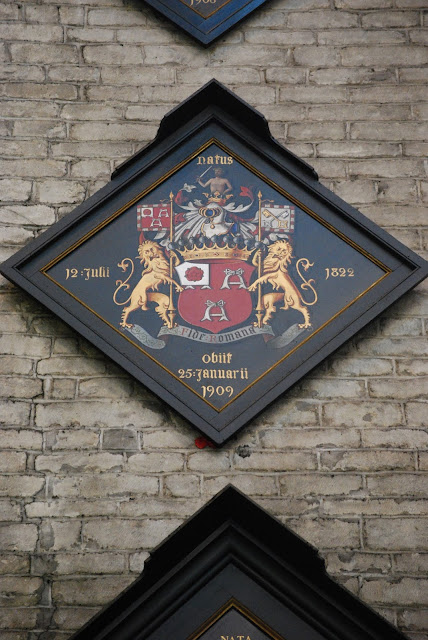 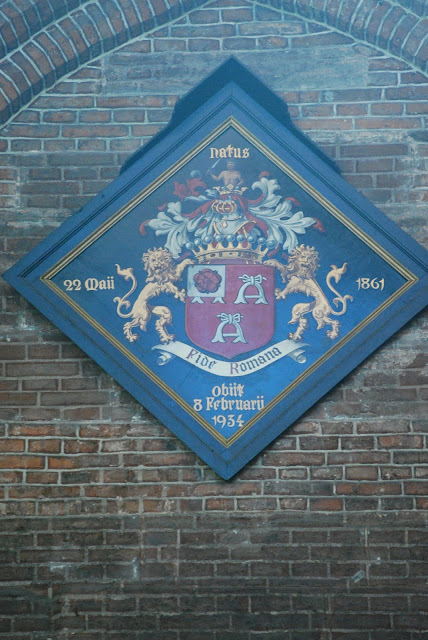 This is the rouwbord, or memorial board, of Joseph's son, Jean Baptiste François Marie Joseph, Comte de Hemptinne, (1861-1934), son of Joseph de Hemptinne and Pauline Gonthyn. His wife was Léonie Jooris (1861-1934). He bears, of course, the same coat of arms, crest, and motto, as well as the same supporters but without the banners they bear in Jean Baptiste Hemptinne's arms.
And then we come to: 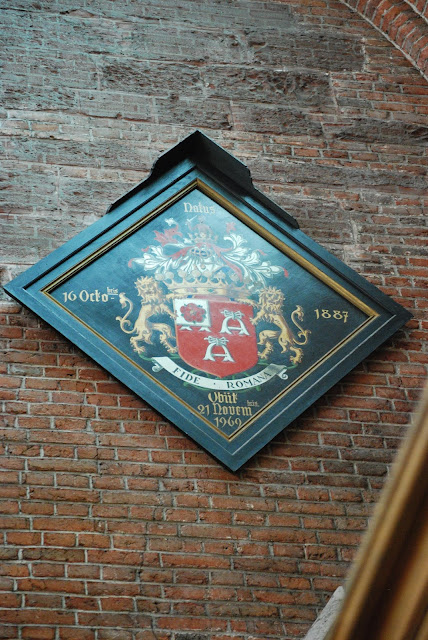 This is the memorial board of Henri Paul Marie Joseph de Hemptinne (1887–1969), son of the above Jean Baptiste Hemptinne and Léonie Jooris. His wife was Simone van Loo, baronne (1898-1993). Henri succeeded his father as Comte de Hemptinne.
Henri bore the same arms (though I see here the artist has added gold seeds to the rose on the canton, which would modify the blazon slightly to ... on a canton argent a rose proper), crest, motto, and supporters, as well as, of course, the same coronet of rank.
So there you have it! Three rouwbord memorializing three generations of a family, spanning the years 1822 to 1969!
How's that for a great use of heraldry?
Posted by David B. Appleton at 2:00 AM