Four "Rouwbord" on Another Pillar


On another pillar in St. Bavo's Cathedral, Ghent, we find five more rouwbord, or memorial boards (though, admittedly, you can only see four of them, plus just the top corner of the fifth one, in this picture) No matter, we will see all of them in detail below: 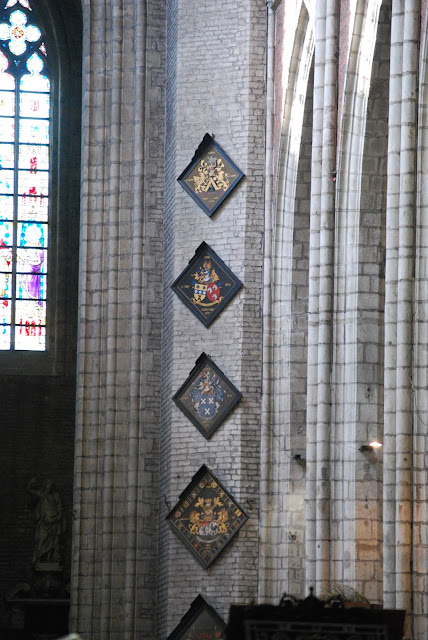 Starting from the top and working our way down, we have the following: 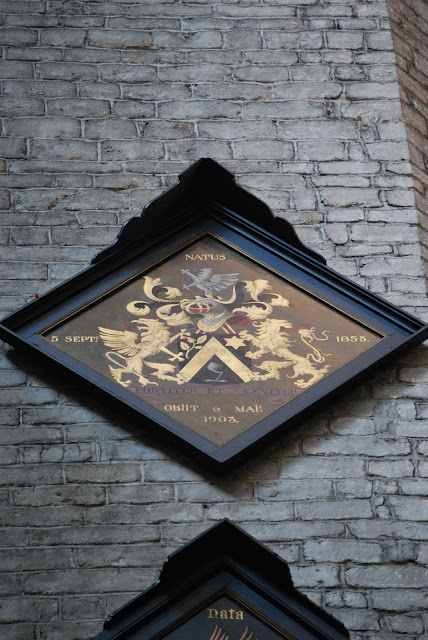 This is the rouwbord of René Kervyn (1855-1903). He was married Marie-Thérèse Seidlitz (1861-1930) in 1882. Their son Roger took the name Kervyn de Marcke ten Driessche. The arms are blazoned: Sable a chevron between an oak sprig fructed, a mullet of six points or, and bird’s leg couped à-la-quisse argent.
The second memorial board from the top is this one: 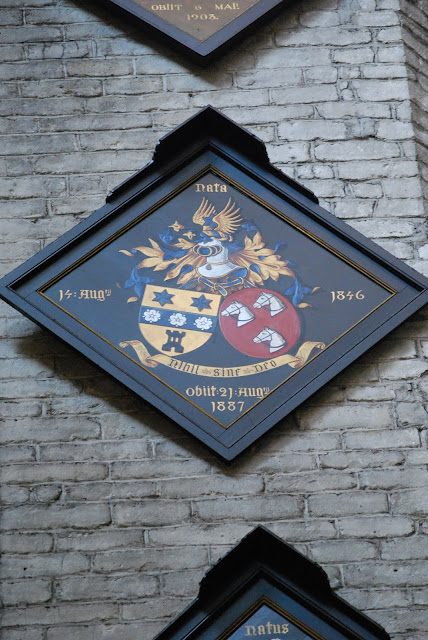 This rouwbord is for the wife of Raymond Marie Auguste Léopold Maertens (he lived from 1848-1914), and bore the arms on the left: Or on a fess between two mullets of six points azure and a tower sable three three roses argent. (We will see the Maertens arms again in a later post.) His wife was Claire Breydel (1846-1887), and the couple married in Bruges in 1871. She was the daughter of Charles Breydel and Honorine de Brock. Her family's arms (on the right) are: Gules three horses heads couped argent bridled azure.
We see the Breydel arms on another item in the Cathedral, on a bookstand, with the arms prominently placed at the top in the center: 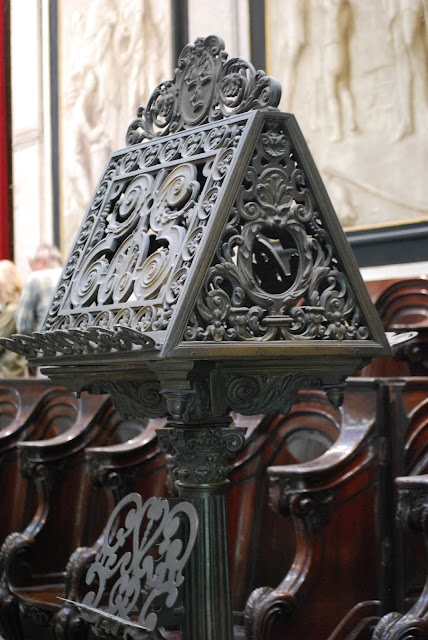 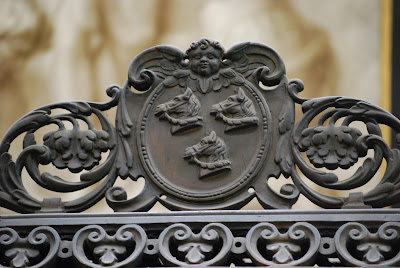 The third rouwbord on this particular pillar this this one: 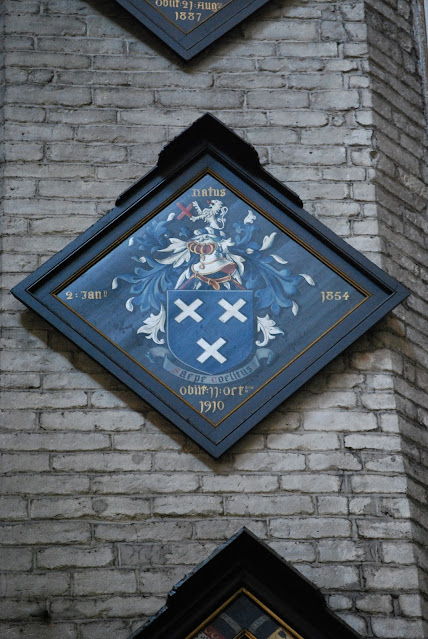 This is the memorial board of Albert Joseph Marie Solvyns, who was born in 1854, one of five children to Ernest Laurent Guillaume Solvyns and Sylvie Caroline Martens, and died in 1910. He married Marie-Émilie de Kerckhove dit van der Varent in 1886, at age 32. (We have seen the Kerckhove/Kerchove arms earlier.) She was born in 1861 in Brussels. They had four children.

His arms are blazoned: Azure three saltorels couped argent. The crest is: A demi-lion rampant argent maintaining a saltire couped gules.
The fourth memorial board is this more complex one: 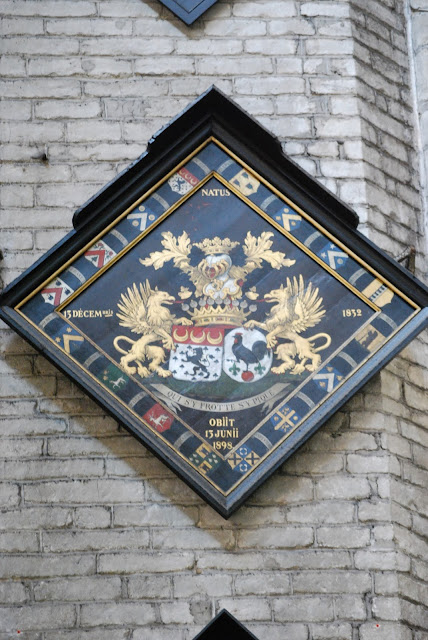 This rouwbord is a memorial to the wife of Gustave Marie Macaire de Giey de Villars (1832–1898), Marie-Jeanne Philomène de Bruges de Gerpinnes (1836-1895). The armorial achievement in the center containing the de Giey and de Bruges arms is framed by sixteen shields of arms of ancestors.
The de Giey arms (on the left) are blazoned: Argent semy of trefoils slipped a lion rampant sable on a chief gules three crescents or. The de Bruges arms (on the right) are: Argent a cock passant sable wattled and combed standing atop a roundel gules between two fleurs-de-lis vert.
And last, but not least, we come to the bottommost memorial board on this pillar: 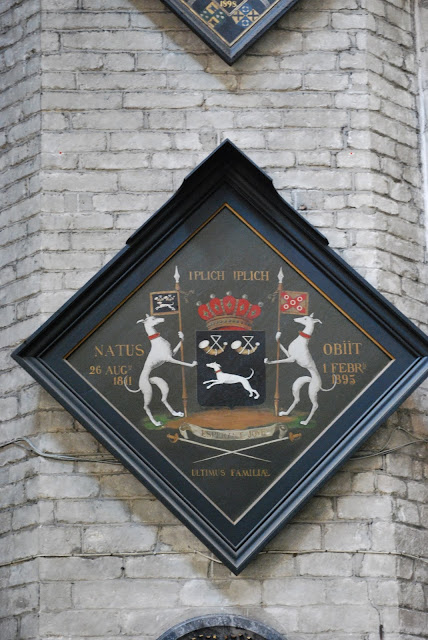 This rouwbord is placed in memory of Prosper Triest et de Gits, baron Triest et de Gits (1811-1895). We have seen these arms before, both in the person of Bishop Antoon de Triest and on the memorial board to the Baron's wife, Adèle Marie Thérèse Parasiers. The arms are blazoned: Sable two hunting horns or and a greyhound courant argent.