Well, This Was New

I am familiar with many of the chiefs of affiliation to be found in Italian heraldry: the capo dell'Impero (the chief of the Holy Roman Empire, demonstrating affiliation with the Guelphs), 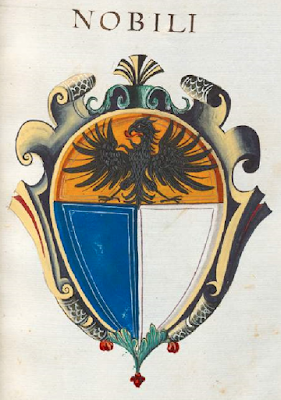 and the capo d'Angio (the chief of Anjou, showing affiliation with the Ghibellines) (the example of Aldonbrandi below has the chief of Anjou placed on arms which already contained a chief, on a chief or two grape leaves vert). 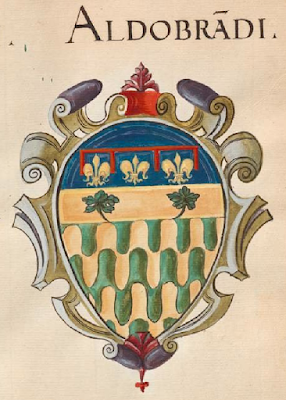 And another, more complex version of the capo d'Angio: 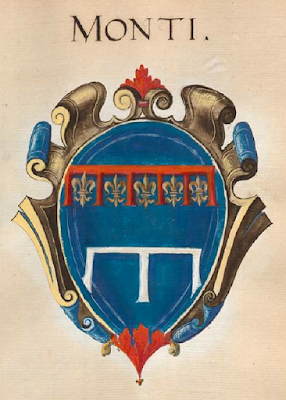 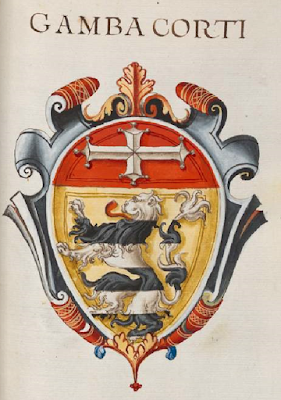 But in going through some old Italian armorials looking for something else (as I noted before, camels), I came across a few examples of a chief of affiliation I had not run across before: 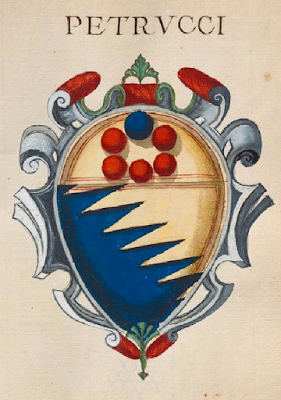 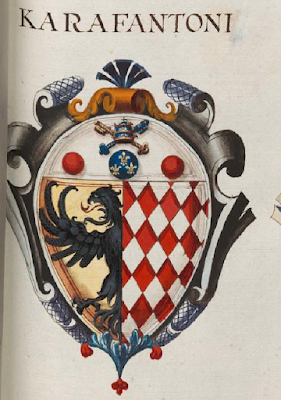 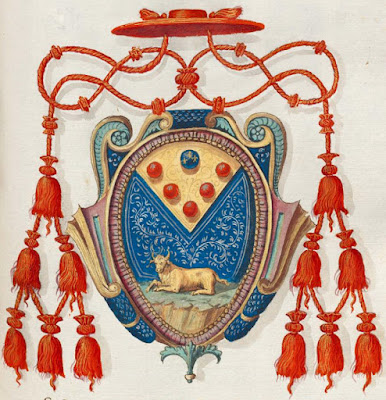 This chief of affiliation doesn't even show up in my copy of di Valfrei's Dizionario di Araldica, which lists a few other chiefs of affiliation I hadn't seen before. I can only think of this particular chief of affiliation (which is different from the capo di Firenze (the chief of Florence, a white chief charged with a fleur-de-lis florency gules) as a capo de'Medici, a chief of the Medici (the second example on the arms of Karafantoni, may be more specifically related to one of the Medici popes).

So how cool is all that?