Want a Kulindadromeuszabaikalcus on Your Arms?


I ran across a great illustrated article earlier this week about some aspects of heraldry in Russia. Written by Oleg Skripnik and posted on June 13, 2016, it was entitled "A bear splitting an atom? A camel? The weird world of Russian coats of arms." I'd been attracted to it initially because of the aforementioned camel, as I'm currently on the lookout for arms, crests, and supporters with camels for the second edition of my book, Camels in Heraldry. (You can still find copies of the first edition for sale at http://www.appletonstudios.com/BooksandGames.htm) The article illustrated the arms of Chelyabinsk, which I'd already included in the first edition. 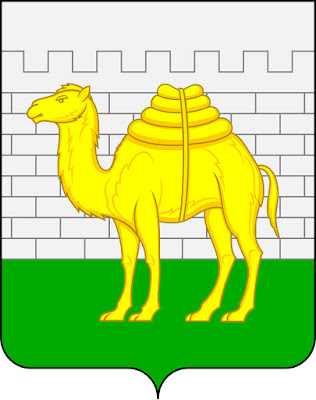 But no matter. It went on to discuss the arms of Zheleznogorsk, which have a bear ripping an atom apart (the city, unofficially called Atomgrad, was in Soviet times a production center for weapons grade plutonium): 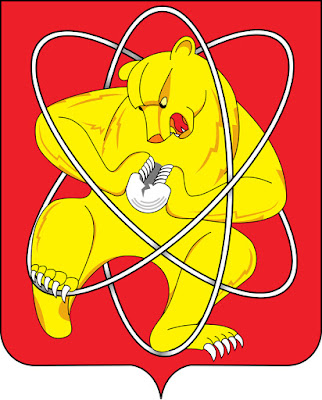 And it also discussed the misunderstandings which led to the creation of a new heraldic monster, the babr, a creature combining the features of a tiger (babr in an old Siberian dialect) and beaver (bobr is Russian), a black beast with webbed feet and a bushy tail, in the arms of Irkutsk: 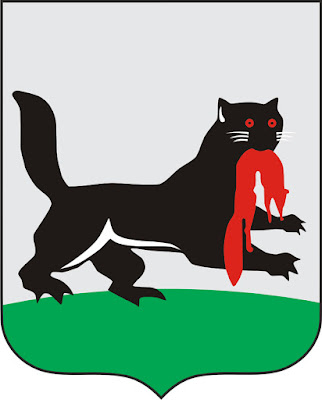 But my favorite illustration was the arms of the Chernyshevsky District, which contain a Kulindadromeuszabaikalcus, a dinosaur whose remains were discovered in the District a couple of years ago: 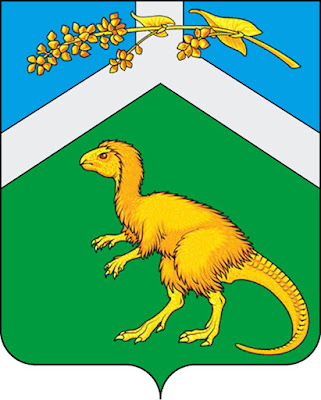 Like I say, it's a cool article. You can find it on the website of Russia Beyond the Headlines at http://rbth.com/arts/2016/06/13/a-bear-splitting-an-atom-a-camel-the-weirdworld-of-russian-coats-of-arms_602407

Go check it out! There's no telling what you find there that you'd not known about before.