Speaking of Heraldry on Cars


The CIA seal and arms that I spoke of in my post a week ago reminded me of a photograph I'd run across recently of the 1955 Lincoln Futura automobile. 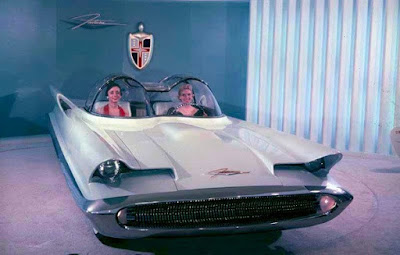 While the car is the central object of the photograph, my eye, of course, was immediately drawn to the somewhat futuristic coat of arms on the wall behind it, presumably to be the logo for it and help to "brand" it.

Not the best-designed coat of arms, mind you, with the gold thingies in each of the white quarters, thus helping to demonstrate why you shouldn't place "metal upon metal" in heraldry.

From the few images I could find of the "arms" on-line, I think it would be blazoned as Quarterly argent and azure on a cross gules [fimbriated or] between in the argent quarters three bezants in pale, a cross pointed or. 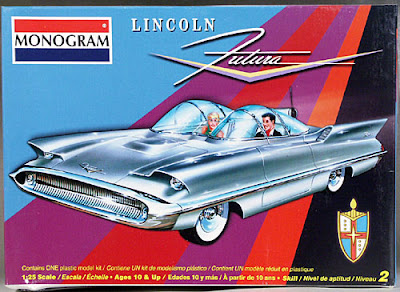 For those of you who find the car's design to be somewhat familiar, it was a modified 1954 Futura which became well-known on 1960s television as the Batmobile! 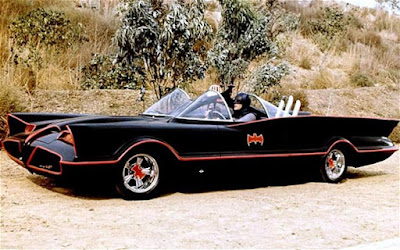 Just the bat logo on the doors and wheel covers I'm afraid; no coat of arms here.