Flag in the News!


Fellow blogger Jeremy Hammonds, on his Maine Heraldry Blog (a link to his blog can be found in the left-hand column here, under Other Blogs of Heraldic Interest), recently discussed the adoption of a flag (that in my opinion would also serve well as a coat of arms, should the city decide to go that route) by the city of Bath, Maine, on July 3, 2013. 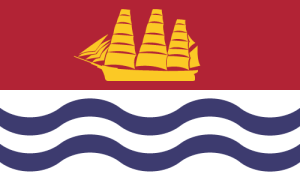 I'm sure that Jeremy's post is at least in part because of his pride in having played a role in the design and adoption of the flag.  Given the very clean design and easy identifiability of all of its elements, I think his pride in this achievement is well-earned.

I could probably say a lot more about this new flag, but so much of it would simply repeat what Jeremy has already posted - along with a brief but interesting history of the design and the various elements, as well as the two coats of arms which served as inspirations for it - that you'd do just as well to go to his blog and read about it there.

His post, "City of Bath adopts flag," can be found at http://www.jeremyhammond.net/archives/102