A Coat of Arms for Ascension Island

The £2 coin was issued on March 8 by the Government & Treasury of the Ascension Islands. 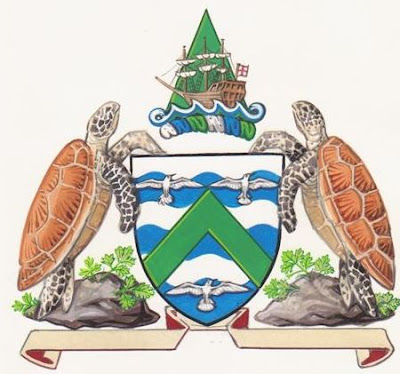 A volcanic island in the South Atlantic, Ascension Island is governed as part of the British Overseas Territory of Saint Helena, Ascension and Tristan da Cunha. It is named after the day of its recorded discovery, Ascension Day.  (Not unlike Easter Island in the Pacific.)

The fewer than 900 Islanders were asked what they would like to see on the coat of arms, and the design was based on the features they suggested, including the sea turtles (used here as supporters) that lay their eggs on Ascension’s beaches.

The complete article can be found on-line at http://news.coinupdate.com/ascension-new-coat-of-arms-granted-1889/