One of the things that I like about traveling outside the United States is that you can often see representations of the national arms (which are often the arms of the reigning king or queen, in nations which are monarchies).  I mean, I can occasionally find the arms of the United States depicted here and there - mostly on courthouses and post offices - but not to the extent that one can find elsewhere.  So what follows here are some of the depictions of the arms of The Netherlands/Queen of The Netherlands that I saw in Maastricht.

The first three were found as the Dutch version of the display of the British Royal arms that can be found on various shops, etc. around England and Scotland, “By appointment to,” “purveyors of.”  These three are from, in order of descent, a whisky shop (which also had a large Scottish saltire flag flying out front, though I noticed that they had a number of non-Scottish whiskies, including some American), the panel van of a liquor store chain (BAMS slijterijen), and on a shop, Blanche Dael, selling “coffee, tea, nuts” (koffie thee noten). 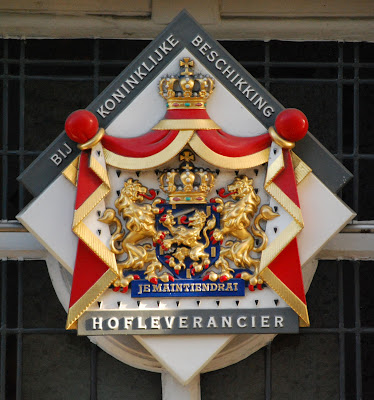 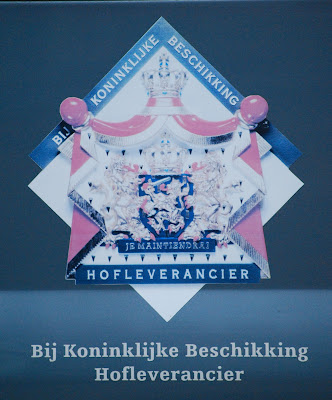 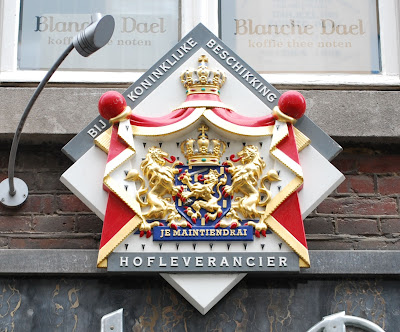 This next depiction of the Royal arms comes from the pediment of what I was told was the old armory, now the Theater aan het Vrijthof, facing Vrijthof Square. 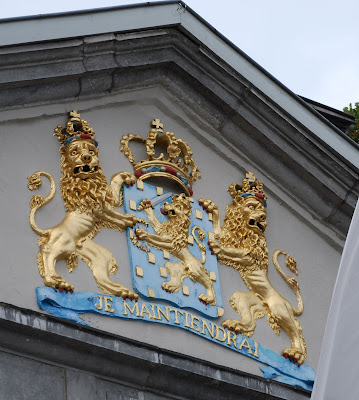 Next is a very Art Deco variant of the Royal arms, found on the facade of the Hotel du Casque. 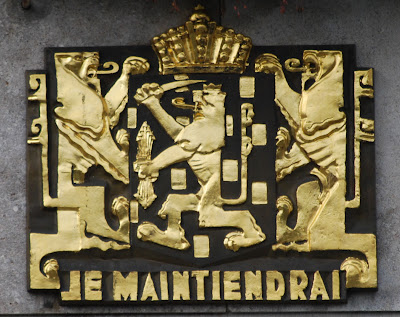 This rendition of the Royal arms was found on the exterior of the train station. 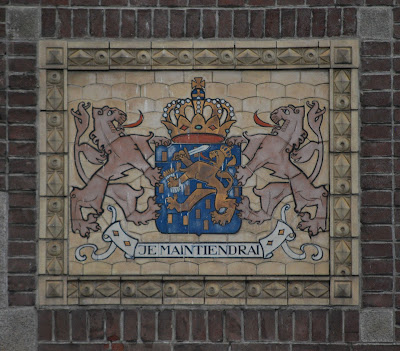 And, last but certainly not least, this version was found on the Post and Telegraph (Post en Telegraaf) building. 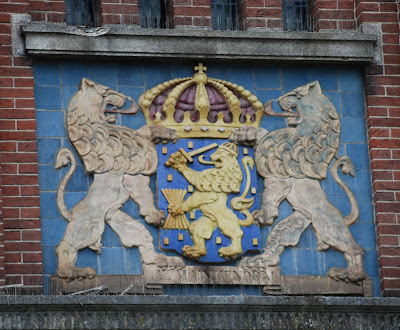