Having looked at the City of Maastricht's coat of arms on and in the Stadhuis, the town hall on the market square, now we'll see how the city's arms show up in other, less official, contexts about the city. 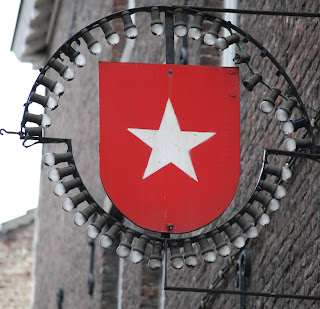 The city's arms (Gules a mullet argent) on a street, to be all lit up at night.

And here (though with the star as a mere outline) on the pediment of a building just off another square. 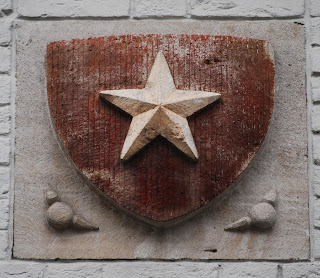 Here, on the side of what is now a museum, but used to be an international banking house.
(We'll look at all of the arms on the exterior of this building in a later post.) 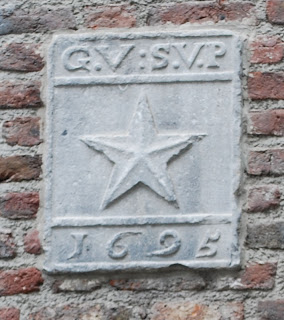 This was an interesting one, inset into the side of a building. 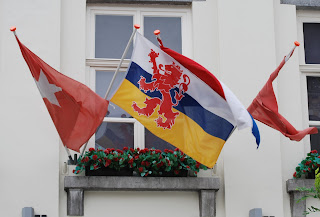 And on the flags at each side here, along with a regional and national flag. 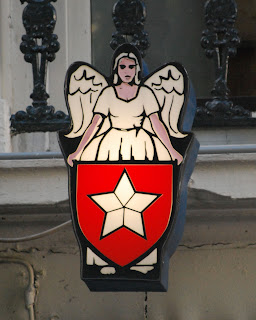 You also find the arms being used to attract the eye, and in this case, diners.  The arms and supporter on a restaurant. 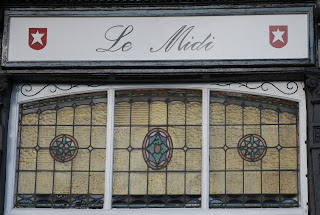 And here, just the arms (twice!) on another restaurant. 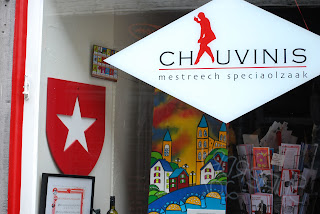 And for the tourist trade, in the window of a shop.
(The star is simply cut out from the red shield here.)
Below the shield is some framed sheet music, with words, to Mestreechs Volksleed.

It was really nice to see a city, and its residents, really utilizing the city's coat of arms, especially one as simple as this.
Posted by David B. Appleton at 6:00 AM