I was reminded the other day, while scrolling through some of the conversation threads over on The Fedora Lounge (yes, I have a number of hats, all of which fit me or else I wouldn’t have bought them in the first place.  Thank you for asking), of some of the coats of arms (or close imitations of heraldry) that have been used by a number of hat companies over the years.  One of my favorites, living in Texas as I do, were those of the John B. Stetson Company.  I have owned a Stetson or two in my time, though I do not have one right at this moment in my closet or on my hat tree.  (My current primary cowboy hat is a Resistol, and a fine hat it is, too!)

Anyway, here's a few images of the two different heraldic logos that Stetson has used over the years in their hats (on the hat band or the liner) and on their hat boxes.  The first one here is also the oldest, and is of a different design than the later ones. 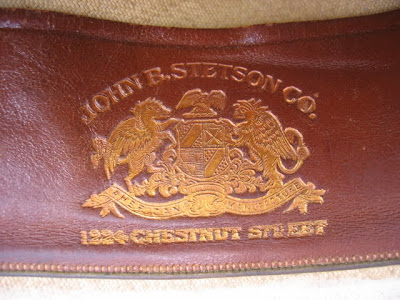 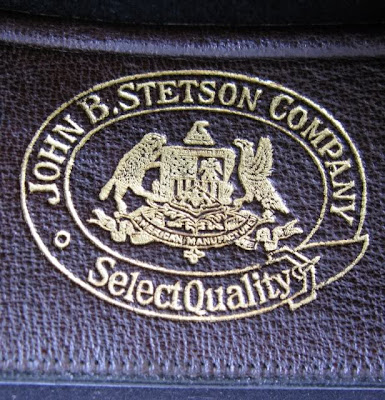 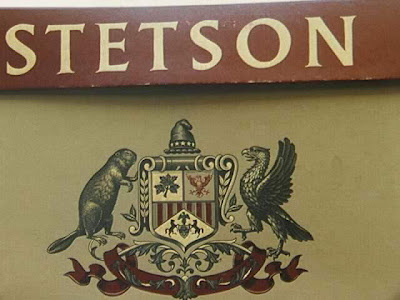 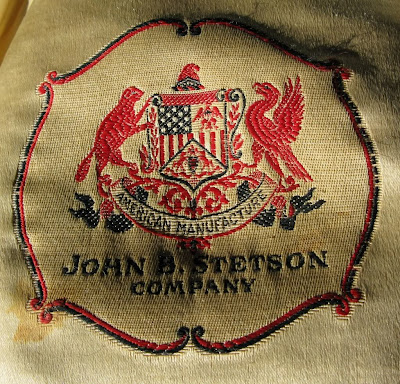