What One City Has Done With Their Coat of Arms, Part 1 of 2


It's always interesting, and often fun, to see what someone does with their coat of arms. This is even more true in the case of a municipality, as they tend to have greater opportunities to "show off" their heraldry, on buildings and in public spaces.

One city that has embraced the opportunity to splash their coat of arms all over the place is Florence, Italy. Indeed, it is well nigh impossible to spend any time at all in Florence without seeing multiple examples of the city's coat of arms: Argent a fleur-de-lis florency gules. (The only heraldry which might be more ubiquitous in the city is the arms of the de' Medici family, which produced two Dukes of Florence, seven Grand Dukes of Tuscany, and four Popes!)
There are, in fact, so many examples of the arms of Florence in and around the city that I am having to forgo my original intent of doing a single blog post, and will split them into two posts.
In both posts, see how many variations of medium (carved in stone, painted, metal, etc.), style (Renaissance, modern, and so on), and how many different ways that you can see that they use the City's arms!
Today, just what can be seen while walking the streets: 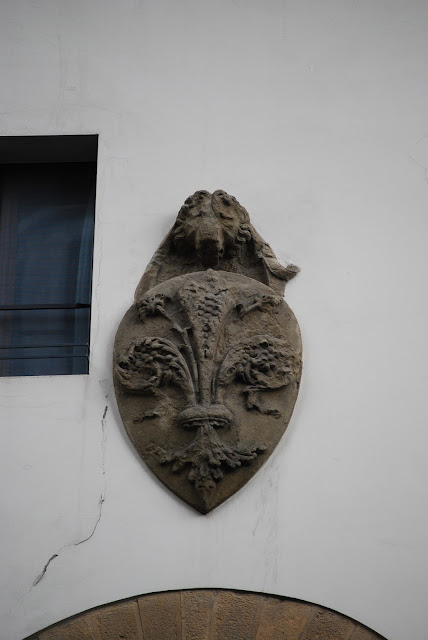 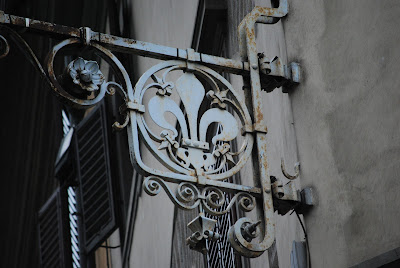 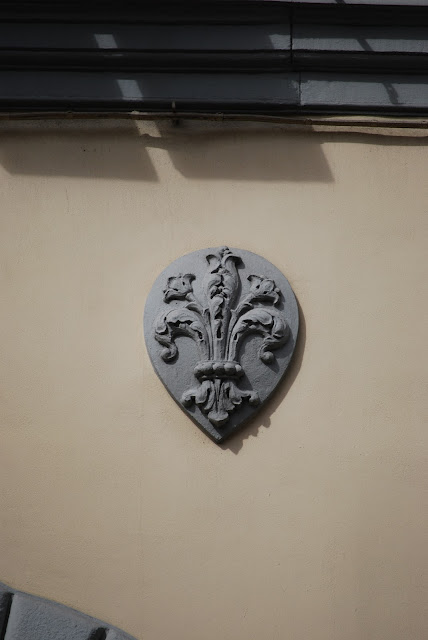 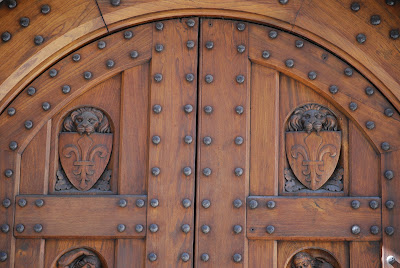 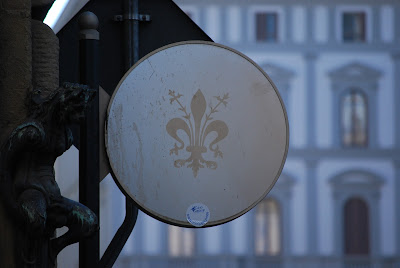 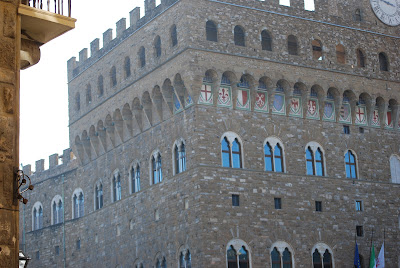 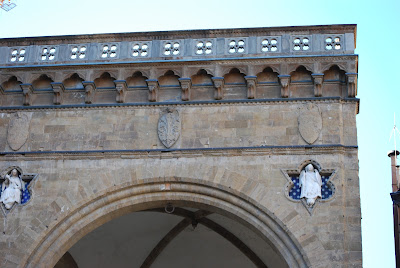 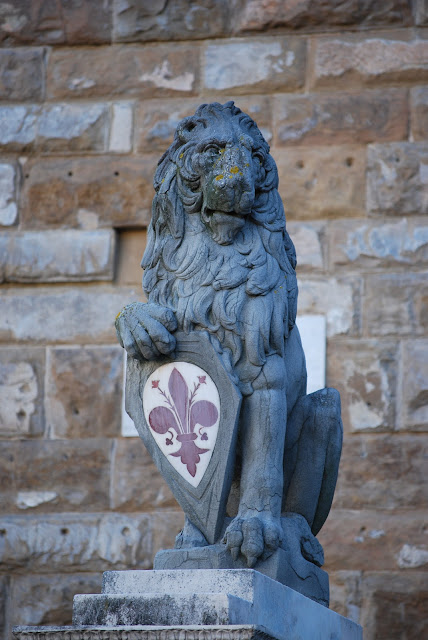 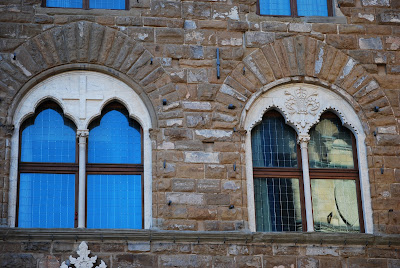 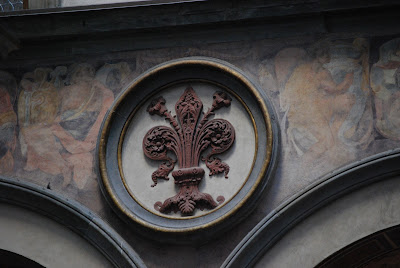 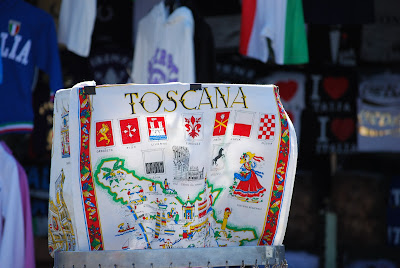 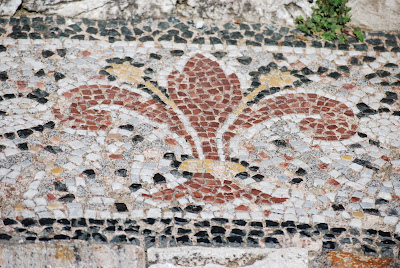 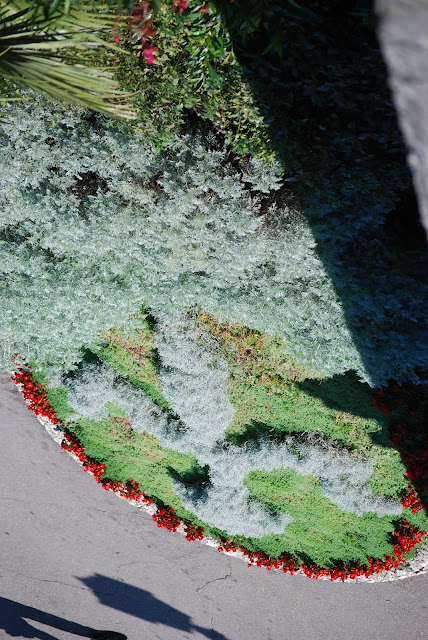 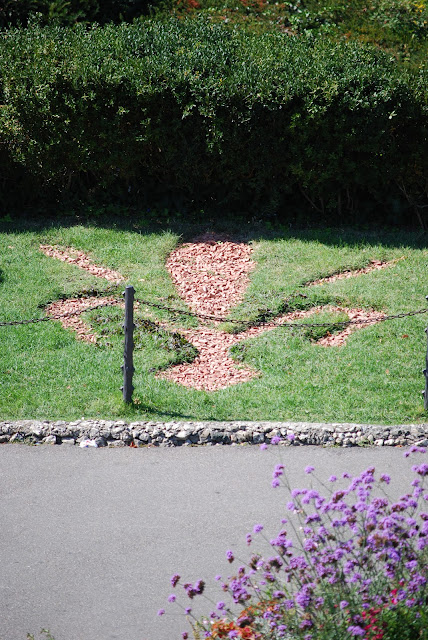 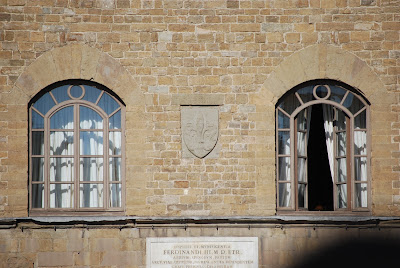 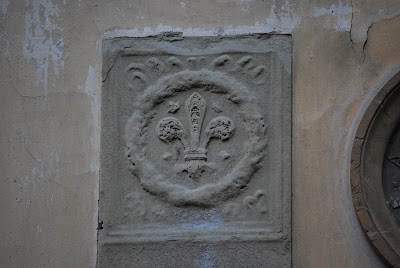 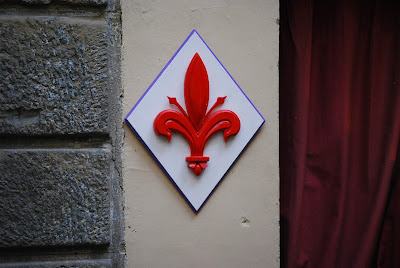 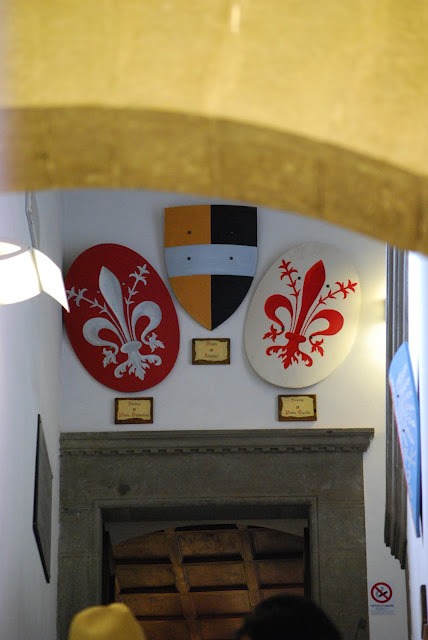 (The older arms of the City were a white fleur-de-lis on a red shield; when an opposing party came into power, they reversed the colors to the present red on white.) 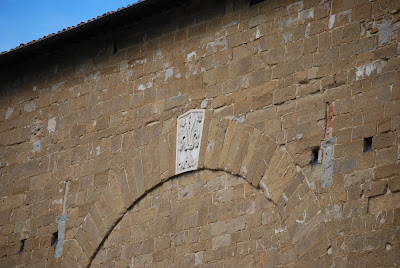 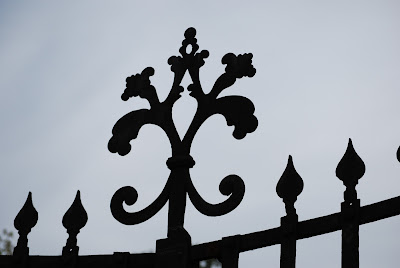 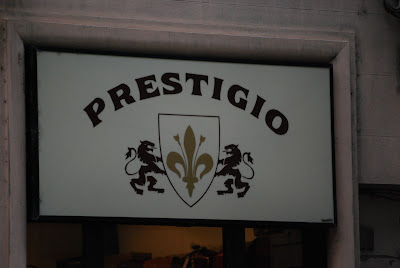 Next time, we'll look at some of the examples of the arms of the City that you may have to go to or even inside a building to see.
Posted by David B. Appleton at 2:00 AM