Another obvious place to look for the arms of the Medici in Florence besides their home (seen in our last post), is in and on the Cappelle Medicee, or Medici Chapel. 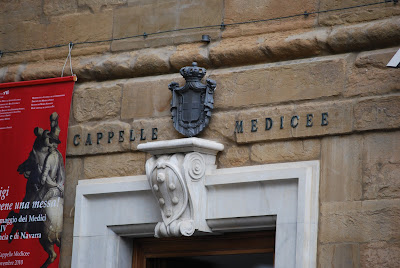 (Immediately above the de' Medici arms above the door you will see the arms of the Casa Savoia (House of Savoy) (Gules a cross argent), which led Italian unification in 1860 and ruled the Kingdom of Italy until 1946.)
Here's a better close-up of both arms: 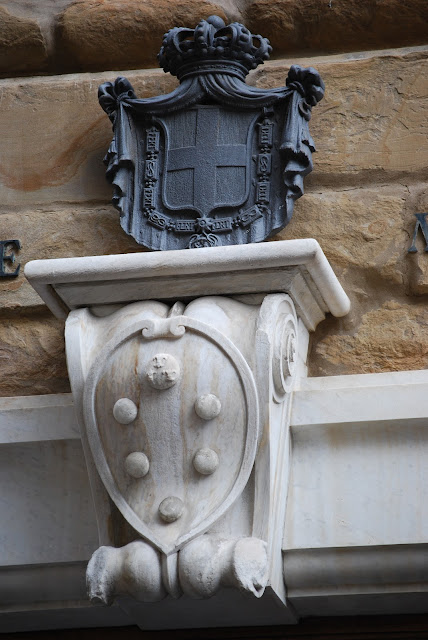 This next one isn't the full coat of arms of the Medici family, but only the augmentation granted by King Louis XI of France in 1465, where one of the torteaux or red balls was changed to the arms of France, Azure three fleurs-de-lys or. 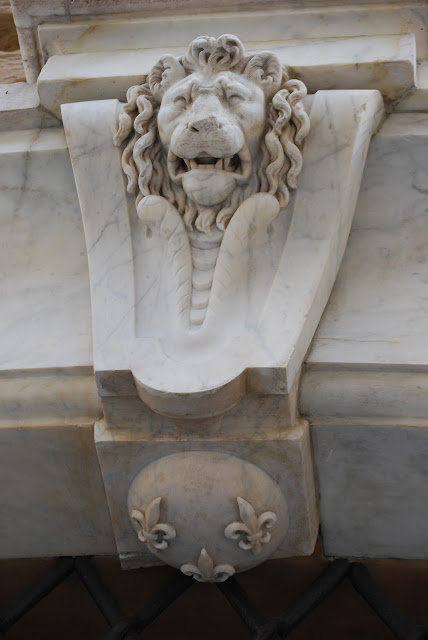 (What's the old line? "If you got it, flaunt it.")
There were, of course, more renditions of the family arms in (and on the doors of) the Chapel: 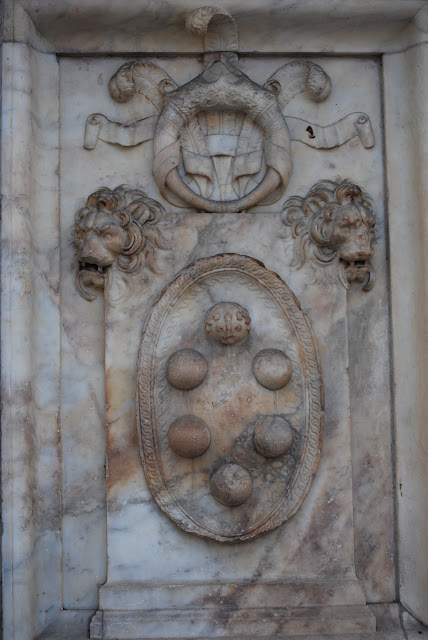 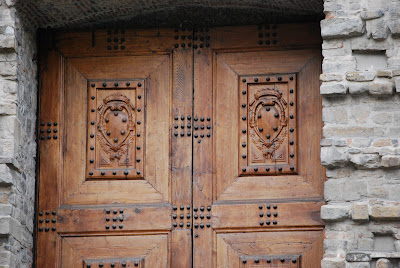 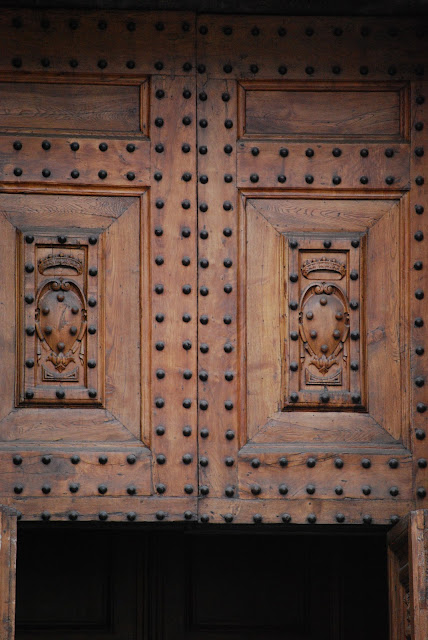 Not to mention, of course, the arms of Florence (Argent a fleur-de-lys florency gules) with the crown used by the Medicis: 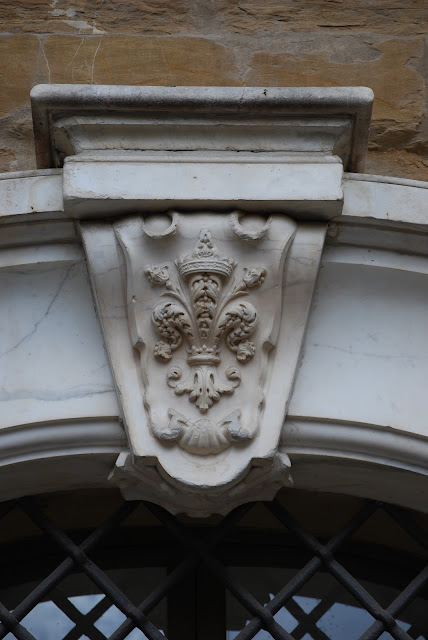 Like I said, "If you got it, flaunt it."
Along with that other old saw, "Extremism in the pursuit of moderation is no vice."
Next time, where else will be see this coat of arms around the city of Florence?
Posted by David B. Appleton at 2:00 AM