I realize that I'm a little late in getting to this, but ...

There have been several articles about the bestowal in February by The Heraldry Society (England) of its Corporate Heraldry Award to the Worcester City Council.

The bi-annual Corporate Heraldry Award began a few years ago as a comparatively low-key thing, but seems to have recently become a prestigious thing to receive, and there's been a fair bit of news about it this year. The Award is made to cities and other corporate bodies who have, and more importantly, use a coat arms to strengthen their identities.

And apparently, Worcester has been doing this in spades.

Here's one rendition of their current arms: 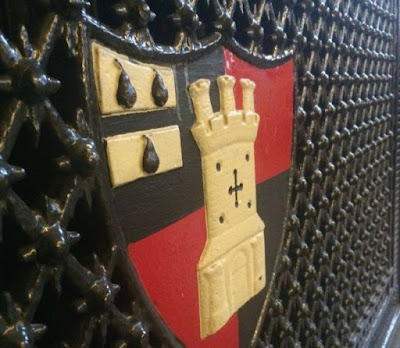 And in other places about the city, you can find the two coats of arms which were combined to create the current one. 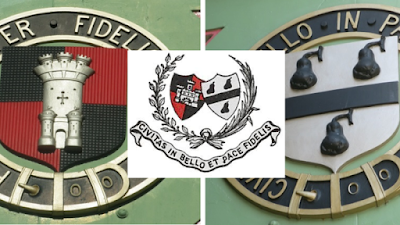 All in all, it's great to see heraldry used like this, and it's also great that The Heraldry Society bestows this Award on people who do it.

You can find illustrated articles about this bestowal to Worcester on-line at the following web pages: