Am I the only one who thinks that all of this Game of Thrones stuff may have gotten out of hand? Yes?  Well, okay, I'll stop being annoyed by it.

Anyway, someone has reimagined all of the NFL team logos as Game of Thrones heraldry.  Here's a sampling of what he's done. 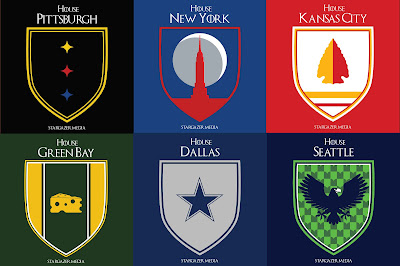