Driving home from work the other day, I ended up behind a Cadillac (the upper of the two coats of arms in the picture below, a simplified version of the arms of Antoine de la Mothe, Sieur de Cadillac, who helped found the city of Detroit, Michigan) which had a specialty license plate which bore the arms of the sorority Delta Sigma Theta. 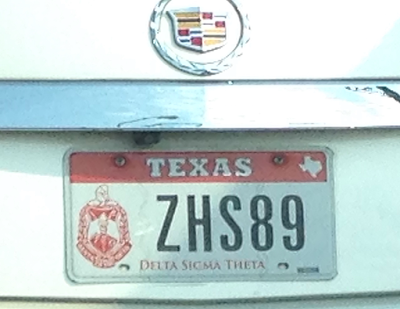 And here's a clearer version of the sorority's arms (taking a photograph with a phone camera through the front windshield while stopped a traffic light is not the most ideal of conditions): 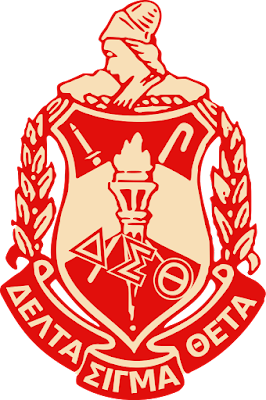 Anyway, I thought it was kind of cool.  I'd never seen the Delta Sigma Theta insignia before, and in conjunction with the Cadillac logo/arms, I just couldn't resist trying to get a shot and sharing it with you.

It was a two-fer.