For those of you who haven't been following it all that closely, we are actually coming up very quickly on the reinterment of one of England's most vilified kings. 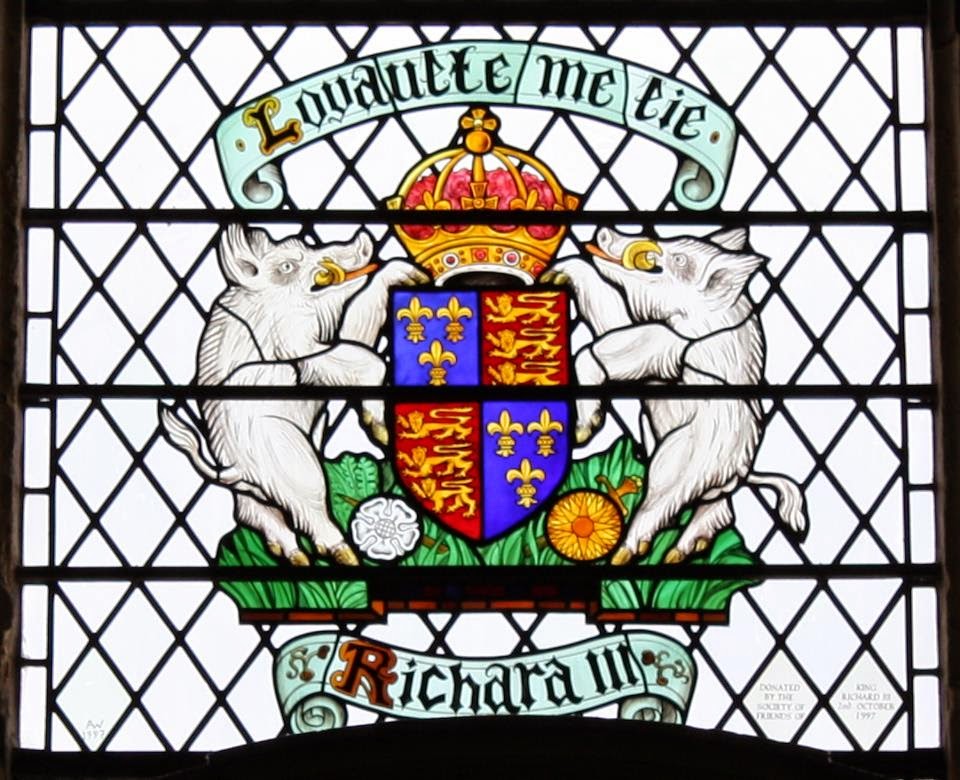 Richard III, whose skeletal remains were discovered buried under a parking lot back in August 2012, will be reburied in Leicester Cathedral the last week of March, just four weeks from now.

However you may feel about Richard, whether you think that Shakespeare captured his character correctly, or you believe that it was just a piece of over the top Tudor propaganda, the events of the last week of March of this year are going to be of historic - and heraldic - interest.

Historic, because this is something that has happened, well, never before to my memory.  Heraldic, because there will be heraldic banners and badges to be seen in company with the cortege and in the cathedral the whole time, presumably including these below, gifts of the Richard III Society, which were made for the anniversary of the Battle of Bosworth in August 2014 ... 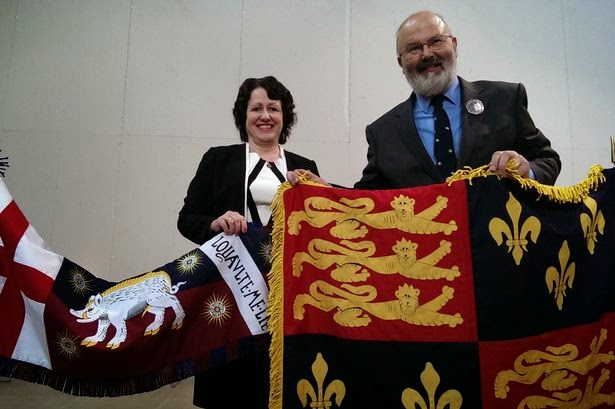 ... and here installed on its stand in Leicester Cathedral. 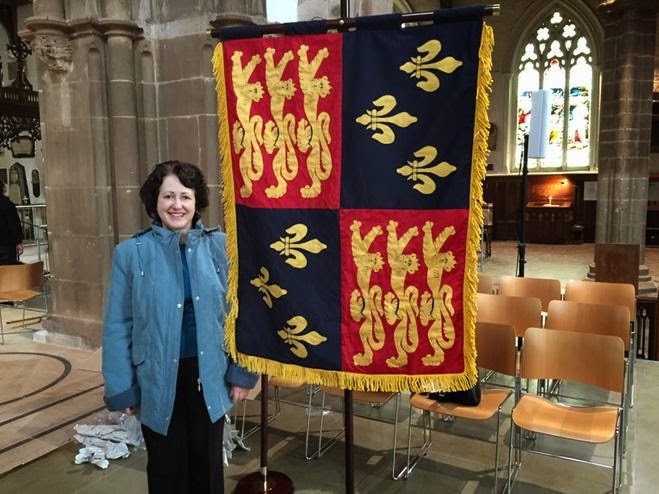 For those of you who might have the opportunity to be a witness to this historic event (the Texas Lottery has still failed to pull my choice of numbers, so I can't afford to be there myself), the week's timetable for all of the various elements and ceremonies can be found on-line on the website of the King Richard in Leicester at http://kingrichardinleicester.com/topics/reburial/timetable/