A recent (July 23, 2014) article in the Wells Journal gives some of the ancient background behind the symbolism of the seal and coat of arms for the city of Wells, England, used since 1867, though only authorized by the College of Arms in 1951.  The coat of arms portrays a large tree, reputed to be an ash, surrounded by three of the wells that give the city its name, and is based on a 13th Century seal used by the city. 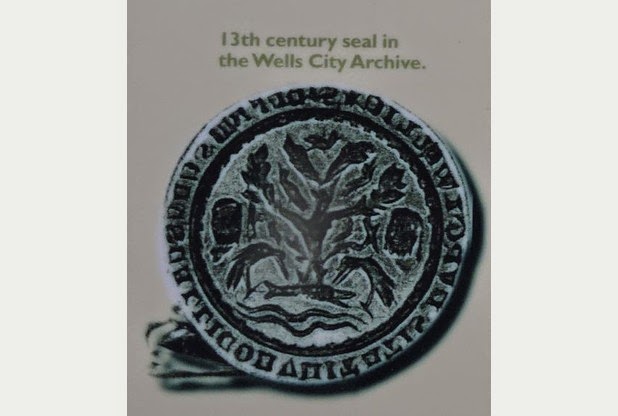 Archaeologist Dr. Stephen Yeates, an expert on life in the area before the Roman conquest, notes that one of these ancient peoples, the Dobunni, used an image of a Mother Goddess who is always depicted accompanied by a large bucket or round vessel.   Over the ensuing centuries elements were added to this Mother Goddess myth, one of which is that she usually inhabited the roots of a large tree.  The 13th Century seal and 19th unofficial and 20th Century granted coats (this last shown immediately below) of arms use the image of the tree and three vessels (representing the three wells of the City of Wells) and can be seen as a direct descendant of these far earlier images. 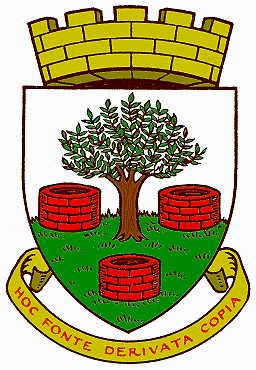 You can read the whole story on the website of the Wells Journal at http://www.wellsjournal.co.uk/New-light-shed-Wells-city-seal/story-21742037-detail/story.html